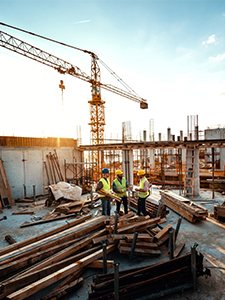 Mortgage rates were relatively unchanged last week. Many traders are monitoring the Omicron variant carefully and waiting to see how it will affect the economy. Kicking off the new year, both the construction spending report and job openings data are scheduled for release.

The Labor Department’s Job Openings and Labor Turnover Survey (JOLTS) tracks month to month changes in job openings, hirings, and voluntary quits. Job openings jumped 4.1% in October, bringing the total to a level of 11.03 million – just below the record high. Meanwhile the quits rate fell by 4.7% to a level of 4.16 million. Even with October’s decline, the quit rate is still 24% higher than it was the same time last year. The increasing quits rate known as the ‘Great Resignation’ is a good sign of the economy’s strength, as employees who leave their jobs are typically confident that they can find another elsewhere.

Starting off the new year, many homeowners have more home equity than ever before. If you would like to learn more about our home equity loans, let us know. We have several options that can help you take advantage of the equity you’ve earned in your home.