Is the Housing Market Headed Toward a Crash? 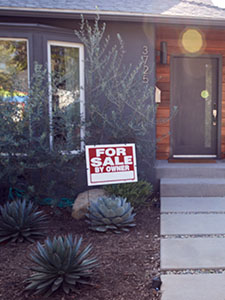 It’s no secret that the housing market is still red hot. Supply is low, demand is high, and home values are soaring to some of their highest levels since 1999. The market has been getting hotter and hotter over the past year, leaving many people wondering, “are we headed to a crash?”

What is a housing bubble?

The term ‘housing bubble’ is used to describe a temporary state in the real estate market where demand exceeds supply, home prices rise drastically, and speculators pour money into the market. Eventually, these bubbles burst when home prices drop because people overpaid for homes they are not financially prepared to maintain. This can cause many other economic issues.

Are we in a housing bubble right now?

There are many factors in the current market that echo 2006 – high demand, low supply, and high prices. However, the causes of these factors are slightly different. Fifteen years ago, the prices of homes were driven largely by speculation. Once prices started to rise, many home buyers predicted that the trend would continue. Investors flooded the market in hopes of profiting off of homes that were gaining value. Then, home prices dropped sharply. If homeowners were in a good financial position, this wouldn’t have been as big of an issue. However, at the time, lending standards were very lenient. Home buyers were able to purchase a home more easily with fewer requirements than there are now. Though this may sound desirable, it put many homeowners in bad financial positions. They couldn’t afford to pay off their mortgage, and when home values dropped, it forced thousands of owners into foreclosure.

The current market is in a different situation. This time, demand isn’t being driven by speculation. Historically low mortgage rates are bringing many buyers into the market, as well as lifestyle changes caused by the pandemic. More people have work-from-home flexibility – limiting the costs of commuting and giving them more freedom to live outside of expensive metropolitan areas. Plus, the buyers that are entering the market now are in a better financial position than those in the early 2000s. Over the past year, the average credit score has jumped seven points to reach 710. Total savings have increased as well, meaning that many buyers can afford larger down payments, giving them more home equity and smaller monthly payments. Lending standards have also tightened since the Great Recession. While you might initially see this as a setback, it is designed to help you in the long run. With stricter requirements (such as higher credit scores and larger down payments), banks and lenders are making sure that you can afford your home – this way you’re less likely to be put in a bad financial position down the road.

Experts weigh in on the potential housing market bubble

“We are no doubt in a housing boom, and perhaps teetering on the edge of a bubble,” says Ali Wolfe, chief economist at housing consultancy Zonda. “But there can also be an argument made that today’s pricing is justified given the fundamentals.”

Mortgage rates are extremely low right now. This is one of the factors keeping home prices high. Rates are expected to rise over the next year, which could push prices lower. However, the rate hike should be a slow climb – leading to a slow fall in home prices (instead of the sharp drop in 2007).

As long as rates don’t have a steep jump, the market should have a gradual cool down. “First, the bids drop and then, at a lag, the sellers adapt and lower their prices,” says Noah Rosenblatt, co-founder of real estate analytics firm UrbanDigs.

Joel Kan, associate vice president of economic and industry forecasting for the Mortgage Bankers Association, agrees that we will likely see a slow cooldown in the market instead of an overheated burst. “With the short supply we don’t expect there to be any sort of significant crash in home prices because there is a lot of demand out there that can absorb any additional supply that comes on the market,” Kan says.

The housing market is undoubtably hot. But as the experts have told us, it’s not overheating. Many homeowners and home buyers are understandably concerned about the market’s current state. While there are several factors that echo the housing market of the early 2000s, overall, the market is in a completely different place than it was 15 years ago and is unlikely to crash like it did in 2007. We know that purchasing a home is a huge investment and it’s important to protect your finances, so if you have any other questions about the housing market trends, let us know.