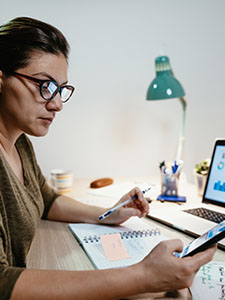 This week, the consumer price index for June is scheduled for release on Wednesday morning. The consumer price index tracks the changes in the average price of a fixed basket of goods and services sold to final consumers. This has been a very important report over the past several months. Inflation has soared well beyond the target range, reaching levels not seen since 1981. In May, the consumer price index saw a year-over-year increase of 8.6%. This follows a yearly increase of 8.3% in April. Following the report’s release, the FOMC voted to raise the benchmark interest rate by 75 basis points – a stronger-than-expected stance against red-hot inflation.

Therefore, this reading of the consumer price index will be crucial. If it shows cooling inflation, the bond market will likely react positively, and the Fed could consider a smaller hike in its upcoming meeting at the end of the month. We will keep you updated, and if you have any questions about the current market trends or rate movement, let us know.